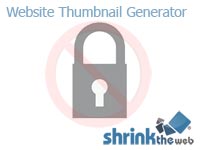 Update: A professor who studies race and ethnic conflict responds to this map.

When two Swedish economists set out to examine whether economic freedom made people any more or less racist, they knew how they would gauge economic freedom, but they needed to find a way to measure a country’s level of racial tolerance. So they turned to something called the World Values Survey, which has been measuring global attitudes and opinions for decades.

Among the dozens of questions that World Values asks, the Swedish economists found one that, they believe, could be a pretty good indicator of tolerance for other races. The survey asked respondents in more than 80 different countries to identify kinds of people they would not want as neighbors. Some respondents, picking from a list, chose “people of a different race.” The more frequently that people in a given country say they don’t want neighbors from other races, the economists reasoned, the less racially tolerant you could call that society. (The study concluded that economic freedom had no correlation with racial tolerance, but it does appear to correlate with tolerance toward homosexuals.)

Unfortunately, the Swedish economists did not include all of the World Values Survey data in their final research paper. So I went back to the source, compiled the original data and mapped it out on the infographic above. In the bluer countries, fewer people said they would not want neighbors of a different race; in red countries, more people did.

Update: Compare the results to this map of the world’s most and least diverse countries.

Before we dive into the data, a couple of caveats. First, it’s entirely likely that some people lied when answering this question; it would be surprising if they hadn’t. But the operative question, unanswerable, is whether people in certain countries were more or less likely to answer the question honestly. For example, while the data suggest that Swedes are more racially tolerant than Finns, it’s possible that the two groups are equally tolerant but that Finns are just more honest. The willingness to state such a preference out loud, though, might be an indicator of racial attitudes in itself. Second, the survey is not conducted every year; some of the results are very recent and some are several years old, so we’re assuming the results are static, which might not be the case.

Here’s what the data show:

• Anglo and Latin countries most tolerant. People in the survey were most likely to embrace a racially diverse neighbor in the United Kingdom and its Anglo former colonies (the United States, Canada, Australia and New Zealand) and in Latin America. The only real exceptions were oil-rich Venezuela, where income inequality sometimes breaks along racial lines, and the Dominican Republic, perhaps because of its adjacency to troubled Haiti. Scandinavian countries also scored high.

• Wide, interesting variation across Europe. Immigration and national identity are big, touchy issues in much of Europe, where racial make-ups are changing. Though you might expect the richer, better-educated Western European nations to be more tolerant than those in Eastern Europe, that’s not exactly the case. France appeared to be one of the least racially tolerant countries on the continent, with 22.7 percent saying they didn’t want a neighbor of another race. Former Soviet states such as Belarus and Latvia scored as more tolerant than much of Europe. Many in the Balkans, perhaps after years of ethnicity-tinged wars, expressed lower racial tolerance.

• The Middle East not so tolerant. Immigration is also a big issue in this region, particularly in Egypt and Saudi Arabia, which often absorb economic migrants from poorer neighbors.

• Racial tolerance low in diverse Asian countries. Nations such as Indonesia and the Philippines, where many racial groups often jockey for influence and have complicated histories with one another, showed more skepticism of diversity. This was also true, to a lesser extent, in China and Kyrgyzstan. There were similar trends in parts of sub-Saharan Africa.

• South Korea, not very tolerant, is an outlier. Although the country is rich, well-educated, peaceful and ethnically homogenous – all trends that appear to coincide with racial tolerance – more than one in three South Koreans said they do not want a neighbor of a different race. This may have to do with Korea’s particular view of its own racial-national identity as unique – studied by scholars such as B.R. Myers – and with the influx of Southeast Asian neighbors and the nation’s long-held tensions with Japan.

• Pakistan, remarkably tolerant, also an outlier. Although the country has a number of factors that coincide with racial intolerance – sectarian violence, its location in the least-tolerant region of the world, low economic and human development indices – only 6.5 percent of Pakistanis objected to a neighbor of a different race. This would appear to suggest Pakistanis are more racially tolerant than even the Germans or the Dutch.

Update: I’ve heard some version of one question from an overwhelming number of readers: “I’ve met lots of Indians and Americans and found the former more racially tolerant than the latter. How can these results possibly be correct?” I’d suggest three possible explanations for this, some combination of which may or may not be true. First, both India and the U.S. are enormous countries; anecdotal interactions are not representative of the whole, particularly given that people who are wealthy enough to travel internationally may be likely to encounter some subsets of these respective populations more than others.

Second, the survey question gets to internal, personal preferences; what the respondents want. One person’s experiences hanging out with Americans or Indians, in addition to being anecdotal, only tell you about their outward behavior. Both of those ways of observing racial attitudes might suggest something about racial tolerance, but they’re different indicators that measure different things, which could help explain how one might contradict the other.

Third, the survey question is a way of judging racial tolerance but, like many social science metrics, is indirect and imperfect. I cited the hypothetical about Swedes and Finns at the top of this post, noting that perhaps some people are just more honest about their racial tolerance than others. It’s entirely possible that we’re seeing some version of this effect in the U.S.-India comparison; maybe, for example, Americans are conditioned by their education and media to keep these sorts of racial preferences private, i.e. to lie about them on surveys, in a way that Indians might not be. That difference would be interesting in itself, but alas there is no survey question for honesty.

Correction: This post originally indicated that, according to the World Values Survey, 71.7 percent of Bangladeshis had said that they would not want a neighbor of a different race. In fact, that number appears to be substantially lower, 28.3 percent. Ashirul Amin, posting at the Tufts University Fletcher School’s emerging markets blog, looked into the data for Bangladesh and found that World Values Survey appears to have posted the incorrect data due to an error. My thanks to Amin, who is himself Bangladeshi and was able to read the original questionnaire, for pointing this out. His analysis is worth reading in full, but here’s his conclusion:

The short answer is, yes, someone did fat finger this big time. “Yes” and “No” got swapped in the second round of the survey, which means that 28.3% of Bangladeshis said they wouldn’t want neighbors of a different race – not 71.7%.
26K Facebook likers and 2.5K Tweeters, take note.